In a joint physical custody arrangement, a child lives with both parents for periods at a time, but these periods can vary widely, depending upon parental situations. In a joint legal custody arrangement, parents share in the decision-making regarding a child’s schooling, medical, and other decisions, but this arrangement can also vary substantially. One parent may get to make educational decisions, for instance, while the other is responsible for religious decisions.

In a joint custody agreement, either party may still pay child support. Child support is determined by the difference in incomes of the parents and additional factors such health insurance, childcare, education, pregnancy, and transportation expenses.

Eighteen years is a long time to co-raise a child, and of course, circumstances can change in the lives of one or both parents. That is why a custody agreement is never set-in-stone. When circumstances change, either parent can request modifications to the agreement through the court to seek alterations to the custody arrangement.

Having to make decisions regarding the division of your child’s time, where your child will reside, and how much say you get in his or her upbringing is never an easy thing. Barnes Law Group is here to help you work out a custody arrangement with your child’s other parent that will be agreeable to all parties involved, especially your child. Our law firm has experience in fighting for the rights of parents throughout Clark County, and will work diligently to get you a satisfactory custody arrangement, whether you’re seeking an initial agreement or a modification. 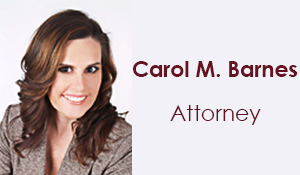 Changed the way I look at lawyers!

my sons Mother, proved to be true over and over again, and yes their were times I thought differently. This insight not only helped me achieve an outcome in my case, but has helped me become a better Father, parent, and even husband. I cannot thank her or her staff enough.